Engine Problems In A Car

Cars require a lot of parts in order to be functional and driven in a safe manner, as malfunctioning parts can lead to serious problems. Some of the parts in a vehicle are more important than others, such as the engine that is needed for it to be able to start. The longer an engine is left in a bad condition, the bigger chance it will be that you will have to get it replaced. However, if engine problems are detected and taken care of soon enough, a new one will not be needed too soon. If you suspect that your engine is not in top shape, look for several signs that point to it being a legitimate concern.

Smoke Comes From the Hood Area

When a bad engine is of concern, you might be able to see smoke coming from the hood of your car. You should actually consider such a problem a major concern, as smoke from the hood likely means that something beneath it is getting too hot. The most common reason for the smoke is a problematic engine and it can possibly catch fire if prompt actions are not taken to repair the problem. Rather than the engine being the direct problem, it is possible that it isn't getting enough coolant from the radiator in the vehicle. A mechanic can check the radiator for damage and coolant leaks, as well as discover possible problems with the engine directly.

You Are Unable to Start the Vehicle

If a vehicle is unable to start, it is a major sign that the engine is either badly damaged or is no longer able to function altogether. However, there are several other problems that can interfere with a vehicle being able to start as well, which is why you need the services of a mechanic. For example, if the ignition stops working, you won't be able to start your car up. If the engine is actually the culprit of the problem, it might be due to it being old or going through prolonged neglect. You might need to buy a new or used engine to take care of the problem, but getting it rebuilt might also be an option.

Your Vehicle Is Making a Lot of Noise

Another common sign of an engine problem is when a car begins to make noise when it is running. The noise is possibly the result of there not being enough oil in the vehicle to keep engine parts lubricated. Basically, the engine parts are possibly rubbing together. The oil may also be contaminated and the debris in it is causing the noise.

Read in about 3 Minutes 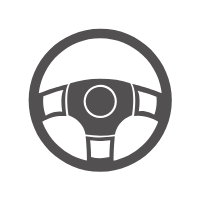 When you are ready to start making some strides towards improving your car, you should think carefully about what you are looking for in a vehicle. Do you want your vehicle to be faster, more efficient, or more sleek and streamlined? By working with the right professionals, you can find exactly what you need, especially in terms of car care. The right automotive team will be dedicated to helping you to find exactly what you need for a price you can live with. On this blog, check out great tips and tricks for choosing auto service, and knowing how to make things happen.